How Robots can Help Keep CARE at the Heart of Healthcare

The Healthcare sector is facing significant challenges related to staff shortages, ongoing recruitment issues and high workload for employees. The results of this are felt particularly acutely on the frontline with patient care. Patients aren’t receiving the attention they need in the time they need it and staff working in the healthcare sector are feeling overworked and under pressure.

The problems have been exacerbated with COVID-19 but there are also longer-term factors around labour market shortages and an ageing population, which compound the situation. Sustainable and creative solutions are needed to address these societal challenges, which ultimately impact all of our lives. How can service robots be used to add value to an organisation facing these challenges? And what are the important determinants needed for successful implementation?

These were just some of the questions discussed amongst the participants of a recent Healthcare Hub event, organised by UMIO and the Maastricht Centre for Robots at Maastricht University. The event brought together practitioners and managers working across different healthcare providers, including Envida, Medtronic, Radar, MUMC+, De Zorggroep and De Heer Medicom, to share their own challenges and experiences related to their area of expertise. Kars Mennens, Postdoctoral Researcher in Supply Chain Management at the School of Business and Economics facilitated the interactive session. He shared insights from the research currently taking place in the Maastricht Centre for Robots at Maastricht University and Martijn Goosens, Product Manager at De Heer Medicom, shared his company’s experience of working with organisations and service robots as part of a pilot phase of implementation.

The popular narrative of robots replacing humans and taking over the world, has been the storyline of books and films since the beginning of the 20th century. However, despite the worlds of science and science fiction not always being happy bedfellows, science plays a useful role in helping to structure our approach to robots. The insights developed through evidence-based research can help organisations navigate this complex landscape and provide some useful frameworks and tools to develop a sustainable and positive relationship between human and robot.

The research defines service robots as, “system-based autonomous and adaptable interfaces that interact, communicate and deliver service to an organisation’s customers” (Wirtz et al. 2018, p. 909). The role robots play in our society is evolving and developing at a pace. However, whilst we have become used to their presence in the manufacturing industry where there is little or no human interaction necessary, the implementation of service robots in customer-facing industries such as retail, catering, logistics, agriculture, and healthcare, is a newer sight and may take some recalibration on the part of both human and robot to get used to this.

Throughout the interactive workshop, Mennens gave examples of several retailers in the US, namely Amazon and Nuro, who are increasingly using autonomous delivery vehicles to deliver online purchases to customers in their homes, and the first fully robotic store, Ochama, a Chinese company bridging the gap between physical and online shopping. It recently opened its doors in several Dutch cities to the bemusement of some customers, yet as the Netherlands historically has low unemployment figures, the use of robots in this context, according to the Volkskrant, “does not seem like a bad idea”. The promise for retail is that robots free up the workers from routine tasks, thus giving humans more time for customer interaction. For healthcare, this would also offer a significant benefit and improvement for the lives of patients, their families, and the healthcare employees.

Across the healthcare industry, the employees’ time is taken up with repetitive tasks, which don’t necessarily add value to the patient care. Martijn Goossens from De Heer Medicom, experienced this situation through a pilot programme his organisation was involved in setting up to implement service robots with various hospitals and healthcare providers. The question his company sets out to explore is how they can adapt the functions of a robot to tailor it to what humans want and need. Their pilot phase demonstrated that whilst there were successes with the patients and staff interacting with the service robots in a variety of healthcare settings, in order for this to be successfully implemented and sustainable, an ICT person is needed in the initial stages to adapt the robot to the particular needs of the organisation. The field data on this area is limited, so there are opportunities for research here.

The participants involved in the session recognised the situations Goossens’ case study demonstrated and were curious about the use and benefits service robots could bring to their organisation. They were looking for solutions to problems, and hoping for inspiration and ways of improving their patients and employees’ lives. The interactive element of the workshop enabled the group to think critically and deeply about the pain points currently experienced by each of the actors involved in the healthcare dynamic. These actors included the patient or client, their families and the professionals.

This human-centric approach identifies what robots can do as well as what humans need and allows for different perspectives to come into the conversation. For organisations considering implementing service robots into their business model, thinking carefully about the different types of jobs and tasks human employees should execute in the future is an important step in the journey. Having a clear idea about what adding value means to the individual is part of the conversation and research shows that the Value should be linked to meaning and meaningfulness and determined by the individual not by the organisation (Sanders & Stappers, 2008).

Taking the next step

If you feel our expertise on Robotics in Healthcare can help you and your organisation get ahead, please get in touch and let’s start creating an impact together! 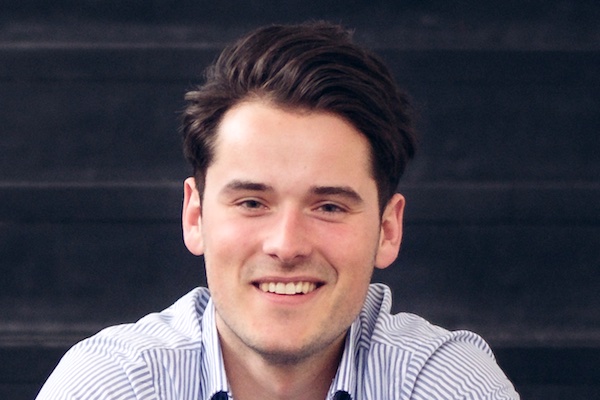