Family Businesses in Times of Crisis

Do family businesses have greater resilience in times of crisis than non-family businesses? And why is that? Dr Anita Van Gils – who also recently provided a webinar on Female Entrepreneurship – looked at existing research into these questions, which was primarily carried out after the previous (financial) crisis in 2008. “Many people don’t realise that more than seventy per cent of all Dutch companies are family businesses”, she says, “from the sandwich shop around the corner to Heineken.” Van Gils explains which factors are important for surviving a crisis like the current one and what her research group contributes to this.

Family businesses are like trees; they can be very young and still small, or they can be decades old and extremely large. When more than half of the shares are held by one family and the family also plays a role in the management or other governance structures of the company, it’s usually called a family business—at least for unlisted companies. For listed companies, only 10 – 25% of the shares need to be held by the family for it to be called a family business. Take Heineken, for instance. “In many family businesses, the aim is to pass the company on to the next generation, which leads to certain strategic choices”, says Anita Van Gils, who is researching entrepreneurship at UM, particularly in relation to family businesses. “They generally pursue a conservative financial policy and are less inclined to raise external capital.”

In her review article for the Instituut voor het Familiebedrijf (IFB, a knowledge centre for family businesses in Flanders), she lists a number of lessons that can be learned from earlier scientific research into the effects of an economic crisis on family businesses. For instance, it appears that it’s crucial that families are good stewards, who have the intention of looking after the interests of all stakeholders as much as possible. “So, don’t withdraw a lot of capital from the company because the precious son wants a new sports car”, Van Gils exaggerates for the sake of clarity. In addition, according to several studies, it is very important that the family is involved in the management in order to deal with a crisis. “A CEO from the family would be better able to combine the rational economic objectives of the company with the non-economic or socio-economic expectations of the family”, according to earlier research.

A third important factor, in addition to good stewardship and involvement in management, is strengthening the business’s social capital. “The good relationships that family businesses often have with their customers and suppliers have a positive effect on trust and thus on contracts. The close relationship with their employees and the local community also has positive effects; they can count on even greater employee commitment in times of crisis.” Although there are many similarities between the 2008 crisis and the corona crisis, one difference is that more (smaller) family businesses are now facing succession issues. Van Gils: “Because of COVID-19 they can also be very urgent all of a sudden and many smaller companies don’t have emergency scenarios ready in case the ‘senior’ family member is suddenly not around.”

More resilient for the future: how?

South Limburg has almost 40,000 SMEs, which account for about 60% of the total regional turnover. In order to help family businesses to become more resilient for the future, ‘SME deals’ have been set up by the government. In Limburg, the Maastricht Centre for Entrepreneurship and Innovation, of which Van Gils is also a member, together with MKB-Limburg, Zuyd University of Applied Sciences and the Province of Limburg, submitted a project proposal for small family businesses (with a maximum of fifty employees) that often don’t put enough effort into innovation and succession scenarios. Van Gils: “We focus particularly on the smaller family businesses because we see that they are lagging behind in terms of innovative power. In 40% of Limburg companies, the ‘next generation’ isn’t interested in continuing with the family business. In any case, there are fewer and fewer children, but they often have better career opportunities by getting an education.” So, it’s all hands on deck for the innovation of smaller family businesses in Limburg.

From passion to long-term plans

On 16 September, during the Limburg Leads conference, the project will start with a plenary session, followed by workshops for businesses to brainstorm with each other about innovation and business succession. “It’s mainly about cultivating a mentality—wanting to set a point on the horizon that you will head for with the business. Many family businesses are primarily occupied with their passion and forget about a longer-term plan for two to three years.” Participants will be challenged to identify what is most important for their business to survive and to come up with innovations based on this. “That doesn’t have to be enormously disruptive. I’m thinking more about small adjustments to the product or process, for example, related to sustainability.”

The researcher herself feels ‘very happy’ with the project, in which the team is allowed to take a look behind the curtains at many family businesses, which will generate a lot of new research data, and at the same time their knowledge will benefit how these businesses operate. She is fascinated by the complexity of family businesses. “In the first generation, the company’s values and standards are very visible, but passing them on to the second generation is already a challenge. Let alone the third generation, when perhaps a niece or nephew, who actually grew up in a different family system, join the management. By that time, part of the family is working in the company, while another part may only be shareholders. The longer the company exists, the more important it becomes to have good articles of association about succession, for example, or buying out shares. It’s more complex than you think, apart from the fact that family also brings with it a certain level of emotion. Shareholders can also get into fights, but with family it’s different. Support is really necessary.”

Are they doing better now or not?

The effects of the corona crisis on family businesses are still ongoing at this stage. And earlier studies into the resilience of family businesses in times of crisis don’t provide an unambiguous picture, either. There is an extensive group of studies that found greater resilience, because of better customer loyalty, less formalisation and, for example, loyal family capital; a smaller group of studies found the opposite, because family businesses invested significantly less in innovation than non-family businesses (in the 2008 crisis) and would place too much emphasis on their own family interests. At the end of her review article, Van Gils therefore points out in particular that family businesses have provided the basis for significant economic growth and a significant share of employment in recent decades. “Even in times of crisis, they have the potential and the human and social capital to continue to serve this society.” According to her, providing support is not only absolutely necessary, but most importantly: only logical.

You can read the full interview with Anita here (in Dutch). 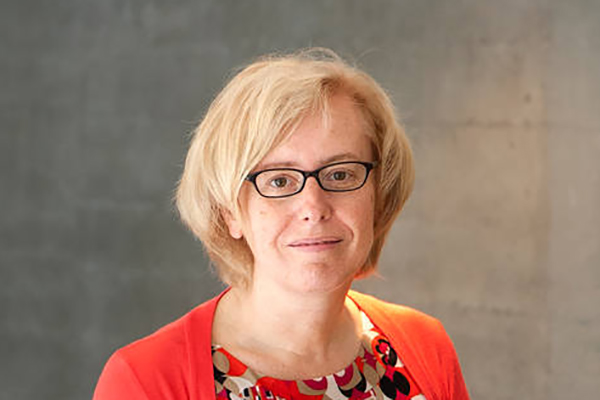